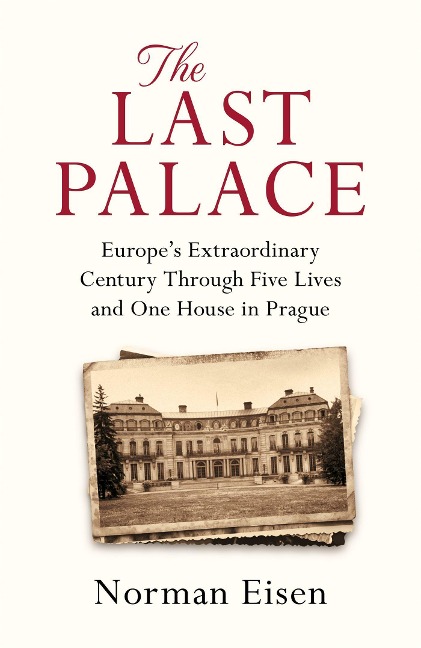 Europe's Extraordinary Century Through Five Lives and One House in Prague

For any reader of Edmund de Waal's THE HARE WITH THE AMBER EYES or Erik Larson's IN THE GARDENS OF BEASTS, Norman L Eisen's  THE LAST PALACE  tells the story of the tumultuous past 100 years in Europe as seen from the most beautiful house in Prague, the Petschek Villa.

The Petschek Villa was Norman L Eisen's home during his tenure as US ambassador. In his remarkable book, he details the colourful lives of five of the palace's residents:

- the optimistic Jewish financial baron who built the Petschek Villa after World War I as a statement of his faith in Europe, and who died of a broken heart after Europe brutally rejected him, his house, and his hopes

- the cultured, complex German general who occupied the palace during World War II, ultimately saving the house and Prague itself from destruction

- the American ambassador and Holocaust hero who became obsessed with the property after the war, acquiring it for the US, though neglecting to fight the Communist takeover of Czechoslovakia in the process

- his successor 40 years later, an iconic former child star who used her showbiz wiles, with the house as her stage, to help the Velvet Revolution succeed in restoring Czechoslovak democracy

- and the author,  Norman L Eisen, the son of a Czech Auschwitz survivor, who moved into the palace once seized by the Nazis and found himself battling the lingering ghosts of European intolerance

The Last Palace weaves a tapestry  that is as vast and as intricate as any that hang in the palace itself.
It is also an exploration of the wider themes in international history that have triggered three global wars (two hot and one cold), and threatens the peace of our world today.

NORMAN EISEN is a senior fellow at Brookings and a CNN commentator and chairs the U.S. watchdog group CREW. He served as US ambassador to the Czech Republic from 2011 to 2014, and as President Obama's ethics czar from 2009 to 2011. His writing has appeared in the New York Times, the Washington Post, The Guardian, and many other publications.