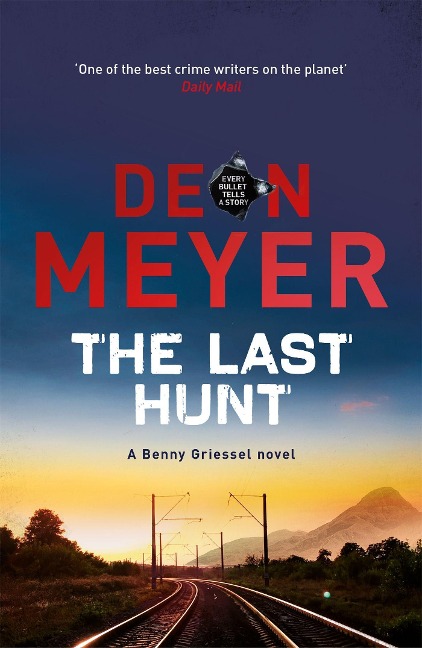 A cold case for Captain Benny Griessel and Vaughn Cupido of the Hawks elite police unit - not what they were looking for. And a difficult case, too. The body of Johnson Johnson, ex-cop, has been found beside a railway line. He appears to have jumped from South Africa's - perhaps the world's - most luxurious train, and two suspicious characters seen with him have disappeared into thin air. The regular police have already failed to make progress and others are intent on muddying the waters.

Meanwhile in Bordeaux, Daniel Darret is settled in a new life on a different continent. A quiet life. But his skills as an international hit-man are required one more time, and Daniel is given no choice in the matter. He must hunt again - his prey the corrupt president of his homeland.

Three strands of the same story become entwined in a ferocious race against time - for the Hawks to work out what lies behind the death of Johnson, for Daniel to evade the relentless Russian agents tracking him, for Benny Griessel to survive long enough to take another huge step in his efforts to piece together again the life he nearly destroyed - and finally ask Alexa Bernard to marry him.

The Last Hunt shows one of the great crime writers operating at the peak of his powers.

Deon Meyer lives near Cape Town in South Africa. His big passions are motorcycling, music, reading, cooking and rugby. In January 2008 he retired from his day job as a consultant on brand strategy for BMW Motorrad, and is now a full time author. Deon Meyer's books have attracted worldwide critical acclaim and a growing international fanbase. Originally written in Afrikaans, they have now been translated into twenty-eight languages.

THIRTEEN HOURS was shortlisted for the CWA International Dagger and won the Boeke Prize in South Africa - the first time in the prize's 16 year history that a South African book has won. His novels have also won literary prizes in France, Sweden, Germany and the Netherlands, and the film rights to seven of his novels have been optioned or sold.

Deon has also written two television series, and several screenplays for movies. In 2013 he directed one of his original scripts for the feature film The Last Tango.

The Shape of Night

I Know a Secret