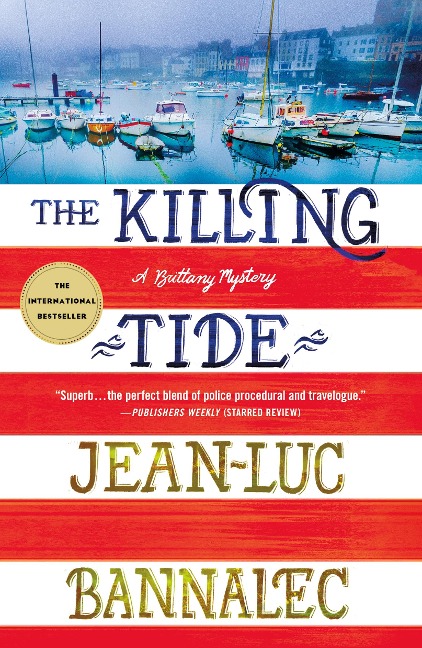 The Killing Tide by Jean-Luc Bannalec is the fifth novel in the internationally bestselling Commissaire Dupin series.

Deep sea fishers, dolphin researchers, smugglers, and an island shrouded in myth in the middle of the rough Atlantic ocean: Commissaire Dupin had sworn he would never again investigate on the ocean, but his fifth case takes him offshore, off the west coast of Brittany on a beautifully sunny day in June. He lands on the unique Île de Sein, populated by more rabbits than people, where the hairdresser arrives by boat and which was formerly inhabited by powerful witches and even the devil himself. In front of this impressive backdrop-between the islands of Molène, Ouessant, and the bay of Douarnenez-Dupin and his team follow a puzzling case that pushes them to their very limits.