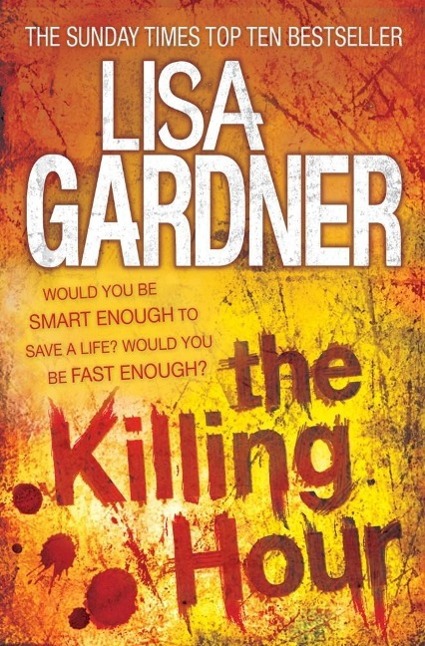 THE KILLING HOUR, the fourth book in Sunday Times and New York Times bestseller Lisa Gardner's FBI Profiler series was proclaimed 'a truly satisfying thriller in the tradition of Tess Gerritsen' by Publishers Weekly. WOULD YOU BE SMART ENOUGH, WOULD YOU BE FAST ENOUGH TO SURVIVE?

For three years, Atlanta was held in the grip of terror.

It happened four times - when the temperature in Atlanta soared to a scorching hundred degrees in the shade and tempers were frayed, two girls would go out to a bar never to seen alive again. The body of the first girl would hold the key to the survival of the second but, with the clock ticking, the killing hour always came round too quickly. Only when the final missing girl was found alive did the killing stop.

Now, years later, the heat is rising on yet another scorching summer. And when trainee FBI agent Kimberly Quincy stumbles across the body of a young girl, furnished with clues to find a second, it appears that the killer is back and ready to play... Will Kimberley be able to find the girls before the madness starts all over again?