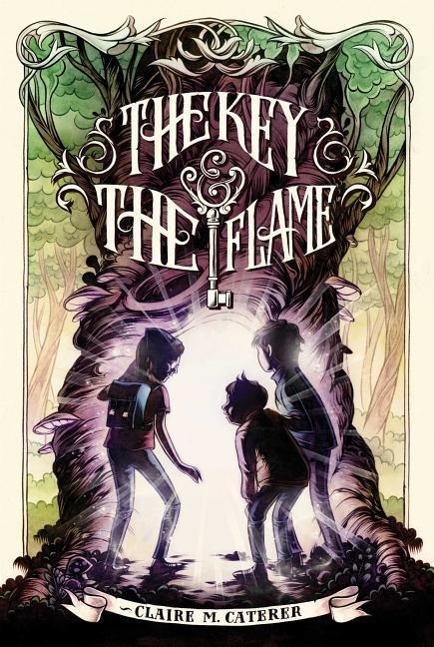 The Key & the Flame

Eleven-year-old Holly Shepard longs for adventure, some escape from her humdrum life. That is precisely what she gets when she is given an old iron key that unlocks a door?in a tree.

Holly crosses the threshold into a stunning and magical medieval world, Anglielle. And as she does so, something unlocks within Holly: a primal, powerful magic. Holly is joined on her journey by two tagalongs?her younger brother Ben, and Everett, an English boy who hungers after Holly's newfound magic and carries a few secrets of his own.

When Ben and Everett are sentenced to death by the royals, whose fear of magic has fueled a violent, systemic slaughter of all enchanted creatures, Holly must save them and find a way back home. But will she be able to muster the courage and rise above her ordinary past to become an extraordinary hero?

Claire M. Caterer is the author of The Key & the Flame and its sequel The Wand & the Sea. She lives in Kansas with her family. Visit her at ClaireCaterer.com.