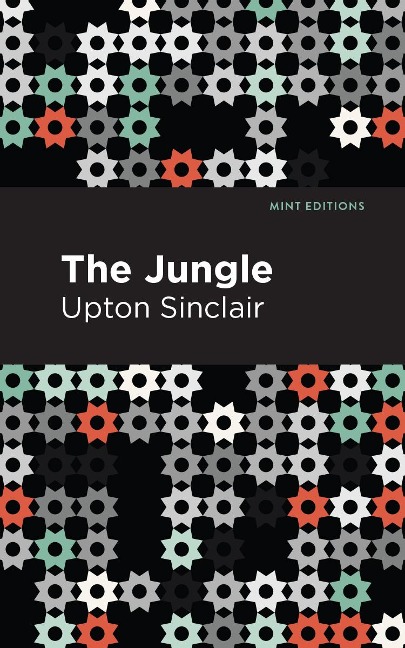 "When people ask me what has happened in my long lifetime I do not refer them to the newspaper files and to the authorities, but to (Sinclair's) novels." -George Bernard Shaw

"Practically alone among the American writers of his generation, Sinclair put to the American public the fundamental questions raised by capitalism in such a way that they could not escape them." -Edmund Wilson

Upton Sinclair's 1906 bestseller The Jungle is a startling and powerful novel depicting the plight of Jurgis Rudkus, a Slavic worker who immigrated to the United States in the early 20th Century for a better life. His dream of a finding a job, building a family, and buying a home are initially fulfilled in the Union Stock Yards in Chicago. Work in the meatpacking industry proves to be a harrowing and desperate existence, and his personal life is beset by a succession of hardships and tragedy. As bleak as his journey is, Jurgis finally finds his light in a new-found political ideology.

The Jungle is considered profoundly important in its exposure of despair at the margins of working-class life, and the atrocious descriptions of the unsanitary conditions in the meatpacking process. The novel led to revolutionary reform of the industrial food industry and workers' rights, and powerfully addresses many of the same issues that we are still grappling with today.

With a stunning new cover, and professionally typeset manuscript, this edition of The Jungle is both modern and readable.

Upton Sinclair (1878-1968) born in Baltimore, Maryland was an American writer and social activist. His political and social views served as the underpinning themes of many of his works. Sinclair unsuccessfully ran for public office throughout his life, yet it was through his prolific literary output that he was able to influence profound social and legislative reform in the United States. Although The Jungle is regarded as his best-known work, he won the 1943 Pulitzer Prize for his novel Dragon's Teeth. His 1927 novel Oil! was the basis of the 2007 film There Will Be Blood.