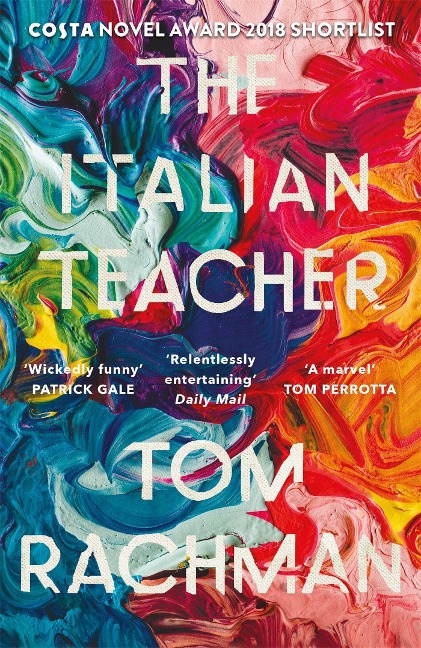 The artists are gathering together for a photograph. In one of Rome's historic villas, a party is bright with near-genius, shaded by the socialite patrons of their art. Bear Bavinsky, creator of vast, masculine, meaty canvases, is their god. Larger than life, muscular in both figure and opinion, he blazes at art criticism and burns half his paintings. He is at the centre of the picture. His wife, Natalie, edges out of the shot.

From the side of the room watches little Pinch - their son. At five years old he loves Bear almost as much as he fears him. After Bear abandons their family, Pinch will still worship him, striving to live up to the Bavinsky name; while Natalie, a ceramicist, cannot hope to be more than a forgotten muse. Trying to burn brightly under his father's shadow - one of the twentieth century's fiercest and most controversial painters - Pinch's attempts flicker and die. Yet by the end of a career of twists and compromises, Pinch will enact an unexpected rebellion that will leave forever his mark upon the Bear Bavinsky legacy.

What makes an artist? In The Italian Teacher, Tom Rachman displays a nuanced understanding of twentieth-century art and its demons, vultures and chimeras. Moreover, in Pinch he achieves a portrait of exacting vulnerability and realism: talent made irrelevant by personality. Stripped of egotism, authenticity or genius, Pinch forces us to face the deep held fear of a life lived in vain.

Born in London and raised in Vancouver, Tom Rachman was a foreign correspondent for the Associated Press stationed in Rome, then an editor at the International Herald Tribune in Paris. He is the author of three novels, the international bestseller The Imperfectionists; The Rise and Fall of Great Powers and The Italian Teacher, as well as a short stories collection, Basket of Deplorables. He lives in London.