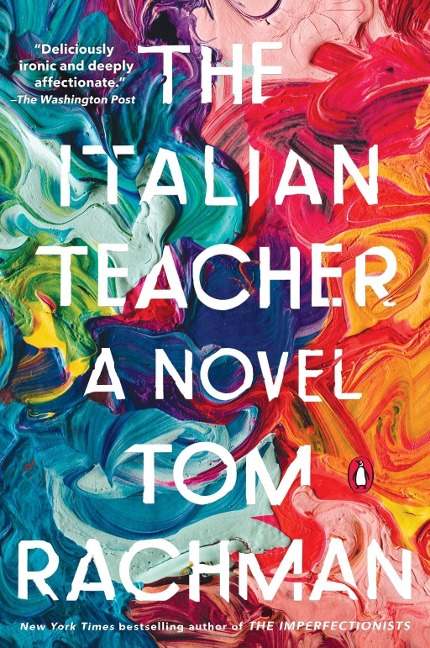 "An exotic touch of intrigue arises in THE ITALIAN TEACHER . . . deliciously ironic and deeply affectionate."-Ron Charles, The Washington Post

A masterful novel about the son of a great painter striving to create his own legacy, by the bestselling author of The Imperfectionists.

Conceived while his father, Bear, cavorted around Rome in the 1950s, Pinch learns quickly that Bear's genius trumps all. After Bear abandons his family, Pinch strives to make himself worthy of his father's attention--first trying to be a painter himself; then resolving to write his father's biography; eventually settling, disillusioned, into a job as an Italian teacher in London. But when Bear dies, Pinch hatches a scheme to secure his father's legacy--and make his own mark on the world.

With his signature humanity and humor, Tom Rachman examines a life lived in the shadow of greatness, cementing his place among his generation's most exciting literary voices.

Tom Rachman is the author of two novels, The Rise & Fall of Great Powers (2014), and The Imperfectionists (2010), an international bestseller that has been translated into 25 languages. Rachman, who was born in London in 1974 and raised in Vancouver, studied journalism at Columbia University in New York. In 1998, he joined the Associated Press as a foreign-desk editor in New York, then became a correspondent in Rome in 2002. His writing has appeared in The New York Times, The Wall Street Journal, The Guardian, Slate and The New Statesman, among other publications. He lives in London.