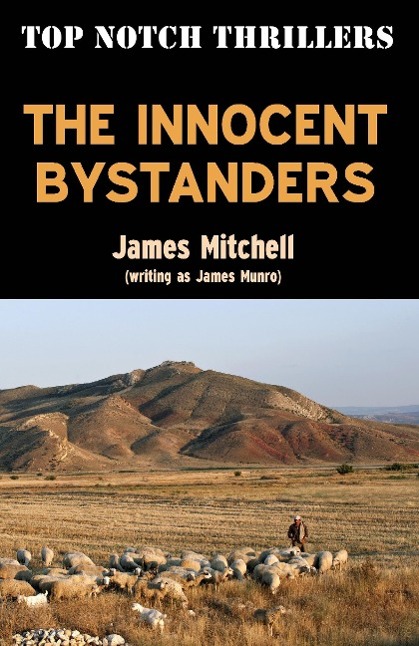 They set Craig up - he shot them down! was the tagline on the poster for the 1972 film version of The Innocent Bystanders, which starred Stanley Baker as tough-as-nails British agent John Craig on the track of a missing Russian scientist. The trail begins in a Soviet gulag in Siberia and the hunt leads Craig to America, Turkey and Cyprus. Very quickly Craig realises that there is no-one on this violence-strewn journey he can trust, except himself. Under the pen name James Munro, James Mitchell created the hard-man secret agent Craig some three years before his more famous fictional spy Callan, but it Craig who was seen for a while as the natural successor to James Bond.  The Innocent Bystanders was the fourth and final book to feature John Craig and was first published in 1969, it has been out of print in the UK for 44 years.