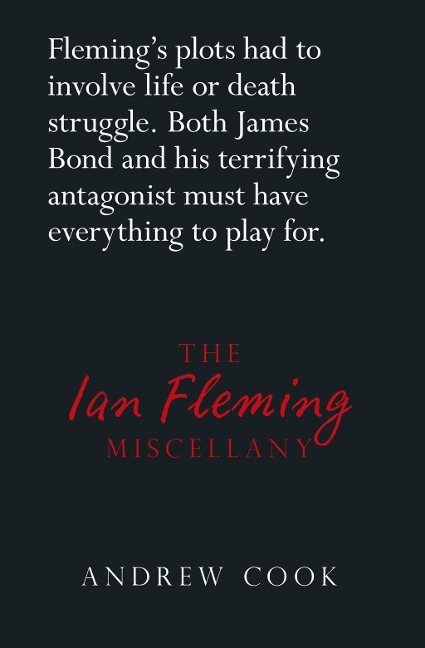 The book centres on Ian Fleming the man, his contradictions and his public and private personality. It examines the man behind the myth and how in particular he managed (unsuccessfully at first) to create a film franchise that has lasted over fifty years. It considers Fleming's reputation as a writer, the 'formula method' he perfected and the formula's reliance on the recycling of real individuals and events as well as the occasional reliance on plagiarism. It uniquely accesses a number of closed and recently opened government files that shed light on previously unknown wartime operations such as the Air Ministry's top secret 'Operation Grand Slam', which was used in Goldfinger.

Andrew Cook is an author and TV consultant with a degree in History & Ancient History and a former Programme Director of the Hansard Scholars Programme, University of London. He has written for The Times, The Guardian, The Independent, BBC History Magazine and HIstory Today. His previous books include On His Majesty's Secret Service (Tempus, 2002); Ace of Spies (Tempus, 2003); M:MI5's First Spymaster (Tempus, 2006); The Great Train Robbery (The History Press, 2013); and 1963: That Was the Year That Was (The History Press, 2013)