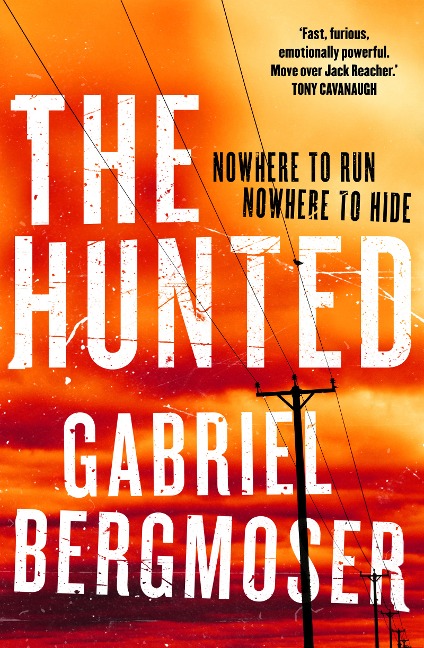 'A truly terrifying, breathlessly exciting novel. It gut punches you in the first few pages and doesn't let you recover until the final, thrilling climax. An extraordinary book.' M W Craven

'An original and high-octane read, it makes Deliverance look like Picnic at Hanging Rock.' The Times/Sunday Times Crime Club

Frank is a service station owner on a little-used highway who just wants a quiet life. His granddaughter has been sent to stay with him to fix her attitude, but they don't talk a lot.

When a badly injured young woman arrives at Frank's service station with several cars in pursuit, Frank and a handful of unsuspecting customers are thrust into a life-or-death standoff.

But who are this group of men and women who will go to any lengths for revenge? And what do they want? Other than no survivors ...?

A ferociously fast-paced, filmic, visceral, tense and utterly electric novel, unlike anything you've read before. Set on a lonely, deserted highway, deep in the Australian badlands, The Hunted is white-knuckle suspense matched to the fast-paced adrenaline of a Jack Reacher novel and the creeping menace of Wake in Fright. This is unmissable reading.

'This slice of outback noir is .... at once exhilarating, gleefully vicious and totally, race-to-the-finish-line unputdownable' Observer

'An audacious walk on the wildest side of outback noir ... a vivid thriller.' Sydney Morning Herald

'A perfectly paced, thrilling read with an unrelenting sense of dread and menace ...building suspense at every turn of the page. Crime and thriller readers will love this savage Rottweiler of a novel that will clamp its jaws around their throat and shake them to the end.' Bookseller+Publisher

'Tough, violent, suspenseful and peopled with great characters,The Hunted could well be the Australian thriller of the year. This is Jack Reacher for adults.' Canberra Weekly

Gabriel Bergmoser is an award-winning Melbourne-based author and playwright. He won the prestigious Sir Peter Ustinov Television Scriptwriting Award in 2015, was nominated for the 2017 Kenneth Branagh Award for New Drama Writing and went on to win several awards at the 2017 VDL One Act Play Festival circuit. In 2016 his first young adult novel, Boone Shepard, was shortlisted for the Readings Young Adult Prize. A film adaptation of The Hunted is currently being developed in a joint production between Stampede Ventures and Vertigo entertainment in Los Angeles.