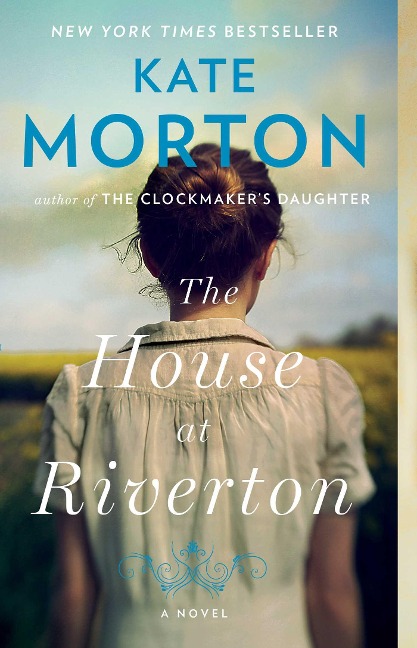 The House at Riverton is a gorgeous debut novel set in England between the wars. It is the story of an aristocratic family, a house, a mysterious death and a way of life that vanished forever, told in flashback by a woman who witnessed it all and kept a secret for decades.

Grace Bradley went to work at Riverton House as a servant when she was just a girl, before the First World War. For years her life was inextricably tied up with the Hartford family, most particularly the two daughters, Hannah and Emmeline.

In the summer of 1924, at a glittering society party held at the house, a young poet shot himself. The only witnesses were Hannah and Emmeline and only they -- and Grace -- know the truth.

In 1999, when Grace is ninety-eight years old and living out her last days in a nursing home, she is visited by a young director who is making a film about the events of that summer. She takes Grace back to Riverton House and reawakens her memories. Told in flashback, this is the story of Grace's youth during the last days of Edwardian aristocratic privilege shattered by war, of the vibrant twenties and the changes she witnessed as an entire way of life vanished forever.

The novel is full of secrets -- some revealed, others hidden forever, reminiscent of the romantic suspense of Daphne du Maurier. It is also a meditation on memory, the devastation of war and a beautifully rendered window into a fascinating time in history.

Originally published to critical acclaim in Australia, already sold in ten countries and a #1 bestseller in England, The House at Riverton is a vivid, page-turning novel of suspense and passion, with characters -- and an ending -- the reader won't soon forget.