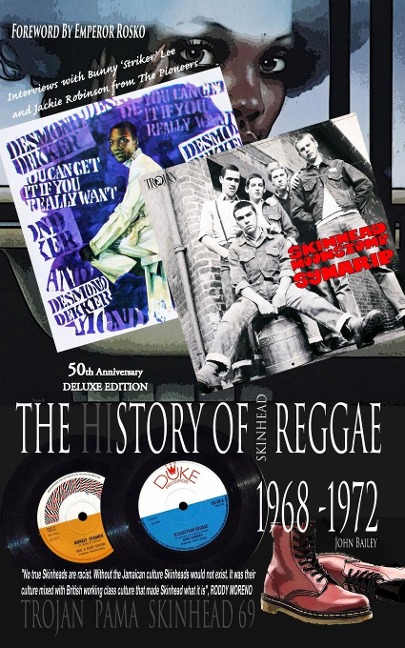 This is an updated deluxe edition of The History of Skinhead Reggae 1968-1972.
Images have been enhanced and the Pama labels and album artwork appear in full colour for the first time in this extended 50th Anniversary Deluxe Edition.

Take a trip down memory lane to relive the classic singles and iconic albums that retailed for just 14/6.

The purchasing power of the skinhead helped to elevate reggae music to the fore with classics such as Liquidator and Long Shot Kick De Bucket forced out from the school disco and youth clubs and into high street shops and the pop charts influencing the arm of radio one to eventually play reggae.
By the summer of 1972 it was all over, the hair had grown, smooth but not too long, and reggae became a forgotten force having become string laded and watered down.