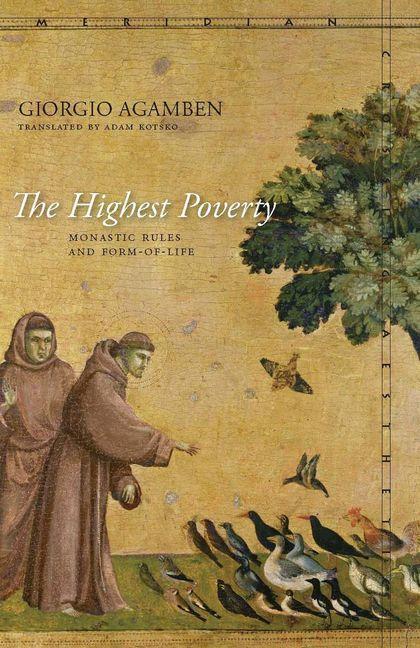 What is a rule, if it appears to become confused with life? And what is a human life, if, in every one of its gestures, of its words, and of its silences, it cannot be distinguished from the rule?
It is to these questions that Agamben's new book turns by means of an impassioned reading of the fascinating and massive phenomenon of Western monasticism from Pachomius to St. Francis. The book reconstructs in detail the life of the monks with their obsessive attention to temporal articulation and to the Rule, to ascetic techniques and to liturgy. But Agamben's thesis is that the true novelty of monasticism lies not in the confusion between life and norm, but in the discovery of a new dimension, in which "life" as such, perhaps for the first time, is affirmed in its autonomy, and in which the claim of the "highest poverty" and "use" challenges the law in ways that we must still grapple with today.
How can we think a form-of-life, that is, a human life released from the grip of law, and a use of bodies and of the world that never becomes an appropriation? How can we think life as something not subject to ownership but only for common use?