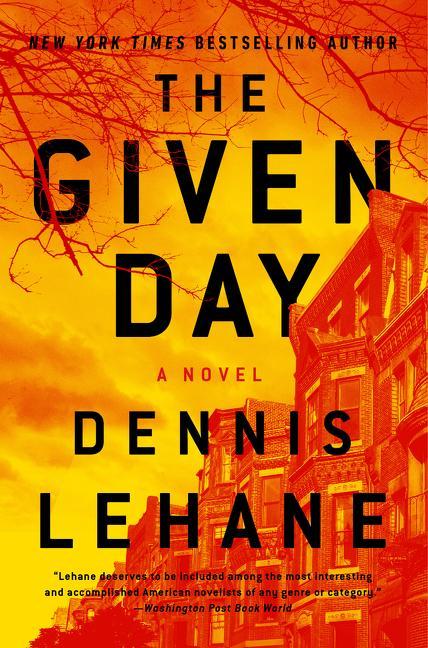 Now available with a contemporary look, a beautifully written novel of American history, set at the end of the Great War; an unflinching, utterly spectacular family epic that captures the political unrest of a nation dangling between a well-patterned past and an unpredictable future from acclaimed, New York Times bestselling author Dennis Lehane

Dennis Lehane's beautifully written novel tells the story of two families?one black, one white?swept up in a maelstrom of revolutionaries and anarchists, immigrants and ward bosses, Brahmins and ordinary citizens, all engaged in a battle for survival and power at the end of World War I. Coursing through the pivotal events of a turbulent epoch, it explores the crippling violence and irrepressible exuberance of a country at war with, and in the thrall of, itself.

Dennis Lehane is the author of thirteen novels?including the New York Times bestsellers Live by Night; Moonlight Mile; Gone, Baby, Gone; Mystic River; Shutter Island; and The Given Day?as well as Coronado, a collection of short stories and a play. He grew up in Boston, MA and now lives in California with his family.