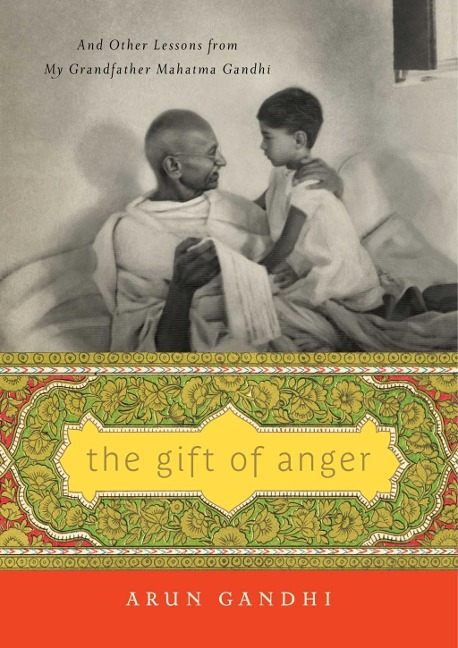 The Gift of Anger

And Other Lessons from My Grandfather Mahatma Gandhi

Discover ten vital and extraordinary life lessons from one of the most important and influential philosophers and peace activists of the twentieth century?Mahatma Gandhi?in this poignant and timely exploration of the true path from anger to peace, as recounted by Gandhi's grandson, Arun Gandhi. In the current troubled climate, in our country and in the world, these lessons are needed more than ever before.

?We should not be ashamed of anger. It's a very good and a very powerful thing that motivates us. But what we need to be ashamed of is the way we abuse it.? ?Mahatma Gandhi

Arun Gandhi was just twelve years old when his parents dropped him off at Sevagram, his grandfather's famous ashram. To Arun, the man who fought for India's independence and was the country's beloved preeminent philosopher and leader was simply a family member. He lived there for two years under his grandfather's wing until Gandhi's assassination.

While each chapter contains a singular, timeless lesson, The Gift of Anger also takes you along with Arun on a moving journey of self-discovery as he learns to overcome his own struggle to express his emotions and harness the power of anger to bring about good. He learns to see the world through new eyes under the tutelage of his beloved grandfather and provides a rare, three-dimensional portrait of this icon for the ages.

The ten vital life lessons strike a universal chord about self-discovery, identity, dealing with anger, depression, loneliness, friendship, and family?perfect for anyone searching for a way to effecting healing change in a fractured world.