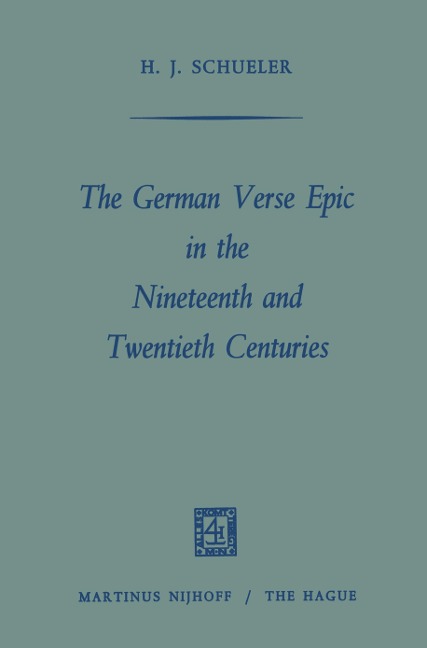 The German Verse Epic in the Nineteenth and Twentieth Centuries

The almost complete disregard of the verse epic as a genre still worthy of meaningful discussion and earnest investigation is all too apparent in German literary criticism. The only attempt to view the genre in its evolution through the centuries is Heinrich Maiworm's valuable but necessarily somewhat perfunctory historical survey of the German epic which appeared in the second volume of Deutsche Philologie im Auf,iss. There is as yet, however, no literary study of the German verse epic in the nineteenth and twentieth centuries, a period which is of particular interest to such a study and indeed crucial to the genre itself, since it was during this period that the novel claimed its final and apparently irrevocable victory over its predecessor, a form which had once been hallowed but was now declared a dead genre. It is not the lack of sufficient material that could explain this neglect, for in terms of sheer quantity and, we believe, not quantity alone, there is enough material for more than one study. The prime purpose of this work, then, is to attempt, if not to fill this conspicuous gap, at least to begin narrowing it somewhat, and in so doing to determine in how far the continuing existence of this vacuum in German literary appreciation is in fact justified.

I. The Viability of the Epic.- II. After 1848 and during the "Gründerjahre": The Flight from Reality.- III. The Idyll: A World within the World.- IV. History.- V. The Creation of new Myths and the Reappearance of the Epic Imagination.- Conclusion.