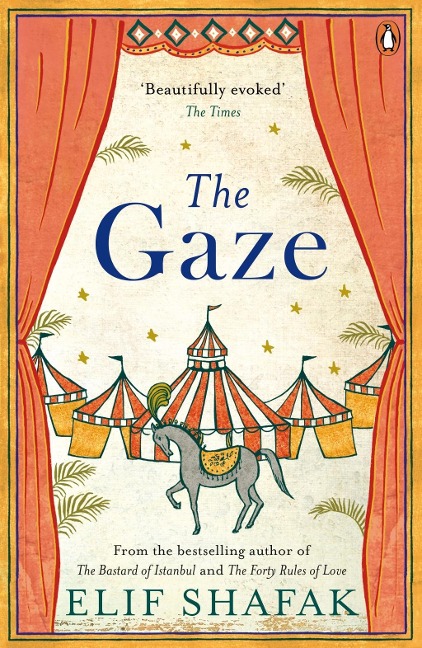 A beautiful and compelling novel, Elif Shafak's The Gaze considers the damage which can be inflicted by our simple desire to look at others

"I didn't say anything. I didn't return his smiles. I looked at him in the wide mirror in front of where I was sitting. He grew uncomfortable and avoided my eyes. I hate those who think fat people are stupid.'

An obese woman and her lover, a dwarf, are sick of being stared at wherever they go, and so decide to reverse roles. The man goes out wearing make up and the woman draws a moustache on her face. But while the woman wants to hide away from the world, the man meets the stares from passers-by head on, compiling his 'Dictionary of Gazes' to explore the boundaries between appearance and reality.

Intertwined with the story of a bizarre freak-show organised in Istanbul in the 1880s, The Gaze considers the damage which can be inflicted by our simple desire to look at others.

Elif Shafak is the acclaimed author of The Bastard of Istanbul and The Forty Rules of Love and is the most widely read female novelist in Turkey. Her work has been translated into more than thirty languages. She is a contributor for The Telegraph, Guardian and the New York Times and her TED talk on the politics of fiction has received 500 000 viewers since July 2010. She is married with two children and divides her time between Istanbul and London.