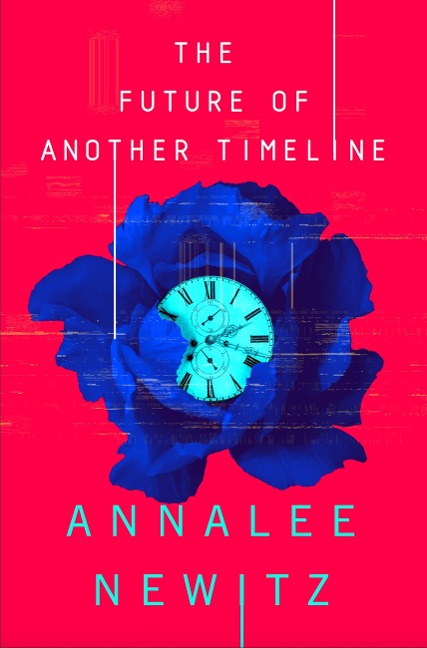 "Do you remember when we had the vote?"

In a world that's just a step away from our own, time travel is possible. But war is brewing - a secret group is trying to destroy women's rights, and their access to the timeline. If they succeed, only a small elite will have the power to shape the past, present, and future.
Our only hope lies with an unlikely group of allies, from riot grrls to suffragettes, their lives separated by centuries, battling for a world where anyone can change the future. A final confrontation is coming.

The Future of Another Timeline is a breathtakingly original novel from Annalee Newitz, founding editor of io9, about the lengths we'll go to make history.

'A revolution is happening in speculative fiction, and Annalee Newitz is leading the vanguard' Wil Wheaton, actor Star Trek and Big Bang Theory

"Smart and profound on every level, this is a deeply satisfying novel' Publishers Weekly, STARRED review

'A glorious tale of hope in the face of outrage, an anthem of timeless resistance against the powers that would lead us to our worst futures' Ken Liu

'A page-turner and an ambitious feminist lens on the time-traveler story' Kelly Sue DeConnick, screenwriter for Captain Marvel

'Exciting and urgent in the here and now' Saladin Ahmed

Judge Dee and the Three Deaths of Count Werdenfels