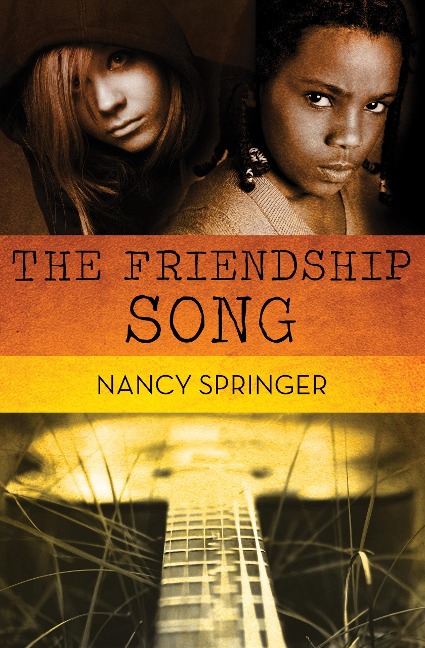 When Harper and her dad move to a new house, a creepy stepmom is the least of her worries

Harper is not too happy to be moving in with her soon-to-be stepmother, Gus. The eccentric woman's home, which the neighbors call the Spook House, has a yard full of weird metal sculptures. Gus is nothing like Harper's dad's other girlfriends, and Harper would take her former trailer home over the Spook House any day.

Luckily, a girl named Rawnie lives right across the street. Harper and Rawnie have lots in common, including the same favorite band: Neon Shadow. When the girls start hearing mysterious rock music coming from Gus's yard, they get suspicious. Then something terrible happens at a Neon Shadow concert, and Harper and Rawnie have no doubt that there are dark forces at work . . . and that Gus is involved. With their favorite singer in danger, they just might be the only two who can save him.

Nancy Springer is the award-winning author of more than fifty books, including the Enola Holmes and Rowan Hood series and a plethora of novels for all ages, spanning fantasy, mystery, magic realism, and more. She received the James Tiptree, Jr. Award for Larque on the Wing and the Edgar Award for her juvenile mysteries Toughing It and Looking for Jamie Bridger, and she has been nominated for numerous other honors. Springer currently lives in the Florida Panhandle, where she rescues feral cats and enjoys the vibrant wildlife of the wetlands.