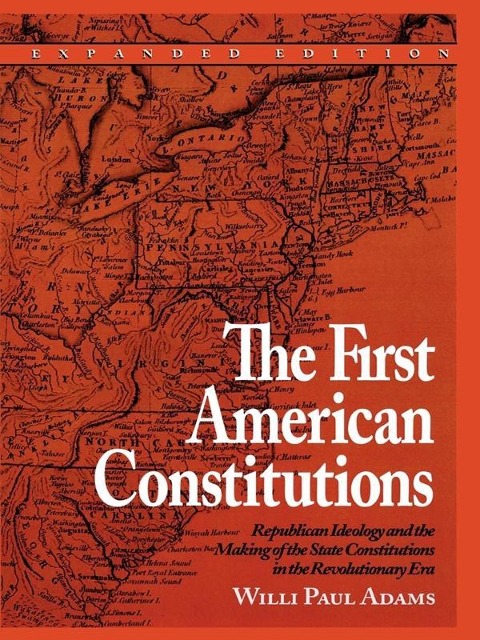 For the last twenty years this book has been cited by every serious writer on early American constitutional development. Any constitutional history of the independent United States must begin with this comprehensive study. Professor Adams combines a European perspective and a thorough knowledge of the antecedents of 1787 to create an insightful analysis of the replacement by the revolutionary generation of one government by another by-they thought-'constitutional' means. Acting for 'the people' in 11 of the 13 rebelling states, various kinds of self-empowered committees, 'congresses,' or 'conventions' created new constitutions and a system in which the states dominated over the weaker Confederation government. This volume contains two new chapters: one demonstrating precedents in the state constitutions for the U.S. Constitution, and another chapter critically testing the 'republicanism over liberalism' thesis against political ideas and institutional arrangements that constitute the first state constitutions. The bibliography has been updated to include the rich body of work written during the last two decades, much of it indebted to this pioneering study.

By Willi Paul Adams - Translated by Rita and Robert Kimber - Foreword by Richard B. Morris