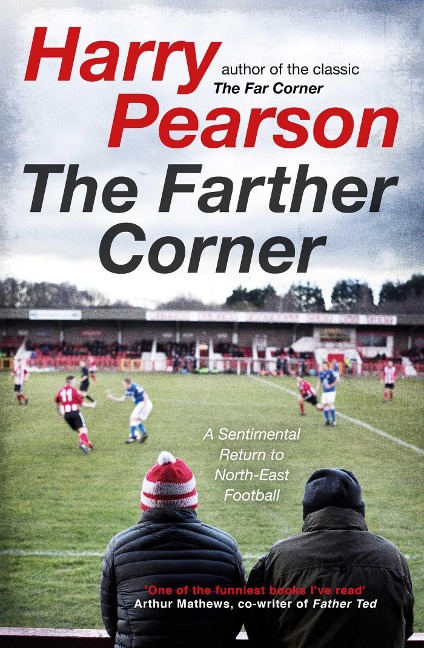 A Sentimental Return to North-East Football

LONGLISTED FOR THE WILLIAM HILL SPORTS BOOK OF THE YEAR PRIZE 2020
'One of the funniest books I've read' Arthur Mathews, co-writer of Father Ted

Widely regarded as one of the best football books ever written, The Far Corner was a vivid portrait of the sport in the north-east and of the people who bring such passion to it. Now, a generation later, Harry Pearson returns to the region to discover how much things have changed - and how much they have remained the same.

In the mid-1990s, Kevin Keegan brought sporting romance and expectation of trophies to Newcastle, Sunderland moved the the Stadium of Light backed by a wealthy consortium, Middlesbrough signed one of the best Brazilians of the era and won their first major trophy - even little Darlington had a former safe-cracker turned kitchen magnate in charge, promising the world. The region even provided England's two key players in Euro 96 in Alan Shearer and Paul Gascoigne - the far corner seemed destined to become the centre of England's footballing world. But it never happened.

Using travels to and from matches in the 2018-19 season, The Farther Corner will explore the changes in north-east football and society over the past twenty-five years. Visiting new places and some familiar ones, catching the stories, the sentiment and the sound of the supporters, locating where football now sits in the life of a region that was once proud to be what John Arlott suggested was 'The Hotbed of Soccer', it will be about love and loss and the happiness to be found eating KitKats and joking about Bobby Mimms on cold February days in coal-scented northern air. The region may have been left behind in the Champions League stakes, but few would doubt the power of its beating heart.

Harry Pearson was born and brought up on the edge of Teesside and is the author of eleven works of non-fiction. His first book, The Far Corner - A Mazy Dribble through North-East Football, was shortlisted for the William Hill Prize and is still in print. He wrote a weekly sports column in the Guardian from 1996 to 2012, and has twice won the MCC/Cricket Society Prize for the Cricket Book of the Year. He lives in Northumberland.