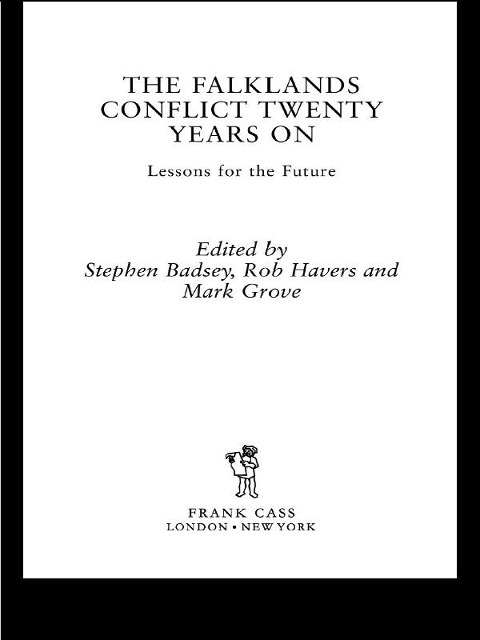 The Falklands Conflict Twenty Years On

Lessons for the Future

In April 1982 the military government of Argentina, under General Leopoldo Galtieri, invaded the Falkland Islands, British sovereign territory in the South Atlantic. This act precipitated a diplomatic crisis and consequent British military action, action that resulted in a short but intense conflict and led to Britain successfully reclaiming the islands. In June 2002, exactly twenty years after the cessation of hostilities between Britain and Argentina, many of the participants in the 'Falklands Conflict', as it became known, came together at a major international conference. This conference, held at the Royal Military Academy, Sandhurst and organized jointly by RMA Sandhurst and her sister institution Britannia Royal Naval College, Dartmouth, aimed to re-examine the events of spring 1982 from the perspective that only twenty intervening years can bring. The Conference mixed those who had participated in the events of spring and early summer 1982, diplomats, politicians, civil servants, soldiers, sailors and airmen, with historians, political scientists and journalists. The result was a fascinating discussion of the origins of the conflict, the political and diplomatic response to the Argentinean action as well as illuminating accounts of the military action to retake the islands, at every level of command. This edited volume brings together the various papers presented to the conference. These accounts and interpretations of the conflict shed new light on one of the most interesting and controversial episodes in recent British history.