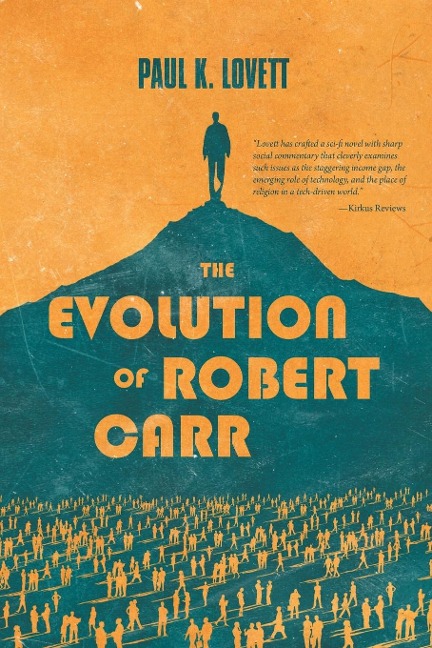 The Evolution of Robert Carr

Paul K. Lovett's science fiction satire The Evolution of Robert Carr is an audacious, operatic romp through a dystopian near future where genetic enhancements have pushed the divide between rich and poor ever closer to its social breaking point. The subversive tale opens on Robert Carr's eighteenth birthday when he is about to join the top 2% of the population by becoming a recipient of an exorbitantly expensive neural enhancement procedure.

Yet Robert is rather uniquely reticent to the prospect. He fears becoming distant, cold, inhuman, like his enhanced best friend. And that his girlfriend, one of the revolutionary Dragoons, will spurn him.

"Lovett has crafted a sci-fi novel with sharp social commentary that cleverly examines such issues as the staggering income gap, the emerging role of technology, and the place of religion in a tech-driven world."