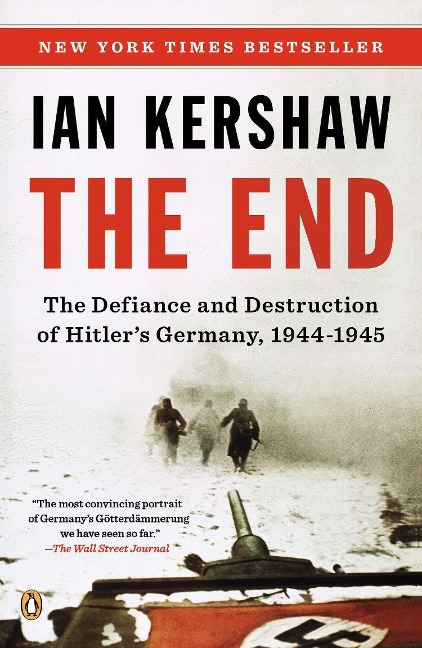 From the author of To Hell and Back, a fascinating and original exploration of how the Third Reich was willing and able to fight to the bitter end of World War II

Countless books have been written about why Nazi Germany lost the Second World War, yet remarkably little attention has been paid to the equally vital questions of how and why the Third Reich did not surrender until Germany had been left in ruins and almost completely occupied. Drawing on prodigious new research, Ian Kershaw, an award-winning historian and the author of Fateful Choices, explores these fascinating questions in a gripping and focused narrative that begins with the failed bomb plot in July 1944 and ends with the death of Adolf Hitler and the German capitulation in 1945. The End paints a harrowing yet enthralling portrait of the Third Reich in its last desperate gasps.

Ian Kershaw is the author of Fateful Choices and the definitive two-volume biography of Hitler, Hitler 1889-1936: Hubris and Hitler 1936-1945: Nemesis. His latest book, To Hell and Back, is a history of the first half of the 20th century. He lives in Manchester, England.