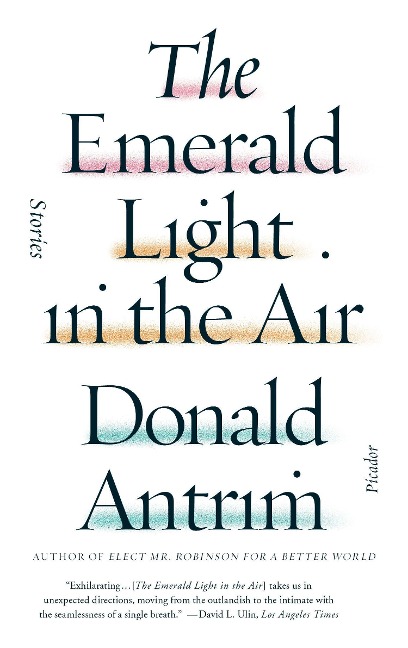 The Emerald Light in the Air: Stories

Nothing is simple for the men and women in Donald Antrim's stories. As they do the things we all do-bum a cigarette at a party, stroll with a girlfriend down Madison Avenue, take a kid to the zoo-they're confronted with their own uncooperative selves. These artists, writers, lawyers, teachers, and actors make fools of themselves, spiral out of control, have delusions of grandeur, despair, and find it hard to imagine a future. They talk, they listen, they hope, they dream. They look for communion in a city, both beautiful and menacing, which can promise so much and yield so little. But they are hungry for life. They want to love and be loved.

These stories, all published in The New Yorker over the last fifteen years, make it clear that Antrim is one of America's most important writers. His work has been praised by his significant contemporaries, including Jonathan Franzen, Thomas Pynchon, Jeffrey Eugenides, and George Saunders, who described The Verificationist as "one of the most pleasure-giving, funny, perverse, complicated, addictive novels of the last twenty years." The Emerald Light in the Air is Antrim's best book yet: the story collection that reveals him as a master of the form.