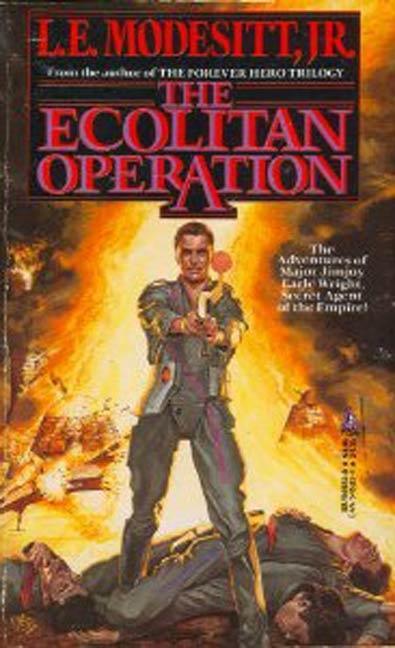 Major Jimjoy Earle Wright, secret agent of the Empire, is intelligent and highly trained. But he succeeds all too well in overthrowing a military dictatorship--and the result is a new government inimical to the Empire and disgrace for Jimjoy. After surviving two assassination attempts, Jimjoy realizes that it's his own imperial superiors who want him dead; that, in fact, his worst enemies could become his best friends. He fights his way to safety on the planet Accord, where the Ecolitan Institute wins his loyalty and changes his identity. Now he is James Joyson Whaler, Ecolitan, in the middle of a war of independence against the inconceivably superior forces of the Empire.

A shocking novel of what could happen if the fanatical defense of the environment crossed the line into deadly terror. When environmental consultant Jack McDarvid's boss is killed in a shootout near the Capitol, McDarvid becomes enmeshed in a diabolical plot behind the scenes of the environmental movement.

Other Series by L.E. Modesitt, Jr.
The Saga of Recluce
The Imager Portfolio
The Corean Chronicles
The Spellsong Cycle
The Ghost Books
The Ecolitan Matter
The Forever Hero
Timegod's World