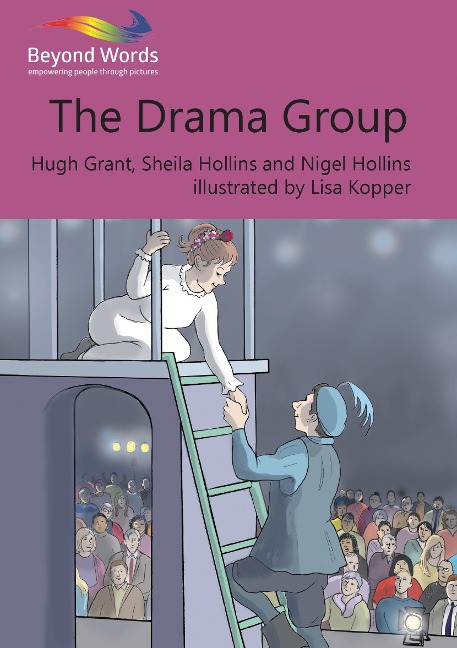 Dean goes to the theatre with his family. He enjoys it so much, his friend James encourages him to go to a drama group. He's very nervous and finds it hard to join in at first. But once he gets to know people he has a really good time, doing both backstage roles and acting. Drama groups are a good way to meet new friends and to take part in a theatre production. You can be an actor, or take on a backstage role - like painting the scenery, lighting, make-up, or stage management. Every role in a theatre production is important - if somebody doesn't turn up, the show can't go on. This book will encourage those who'd like to give acting, or backstage roles, a try, by giving examples of activities, as well as illustrating the process of putting on a play.