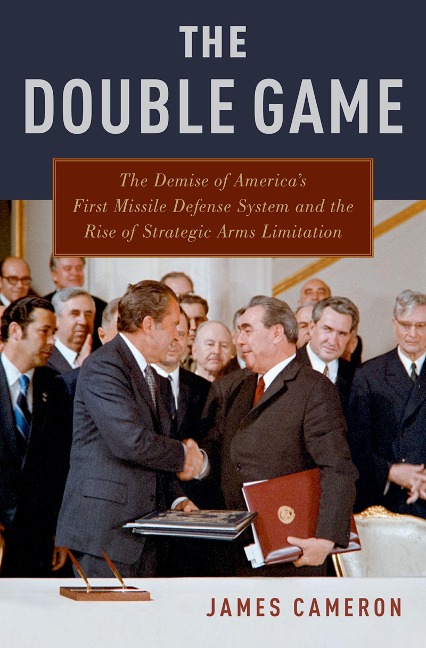 How did the United States move from a position of nuclear superiority over the Soviet Union at the beginning of the 1960s to one of nuclear parity under the doctrine of mutual assured destruction in 1972? Drawing on declassified records of conversations three presidents had with their most trusted advisors, James Cameron offers an original answer to this question. John F. Kennedy, Lyndon Johnson, and Richard Nixon struggled to reconcile their personal convictions about the nuclear arms race with the views of the public and Congress. In doing so they engaged in a double game, hiding their true beliefs behind a façade of strategic language while grappling in private with the complex realities of the nuclear age.

Cameron shows how, despite reservations about the nuclear buildup, Kennedy and Johnson pushed ahead with an anti-ballistic missile (ABM) system for the United States, fearing the domestic political consequences of scrapping both the system and the popular doctrine of strategic superiority that underpinned it. By contrast, the abrupt decline in US public and congressional support in 1969 forced Nixon to give up America's first ABM and the US lead in offensive ballistic missiles through agreements with the Soviet Union, despite his conviction that the US needed a nuclear edge to maintain the security of the West.

By placing this dynamic at the center of the story, The Double Game provides a new overarching interpretation of this pivotal period in the development of US nuclear policy and a window onto current debates over nuclear superiority, deterrence, and the future of American grand strategy.

James Cameron is Assistant Professor of International Relations at Fundação Getulio Vargas in Brazil. After earning his PhD in history at the University of Cambridge, he was a fellow at the Center for International Security and Cooperation at Stanford University and the Brady-Johnson Program in Grand Strategy at Yale University.