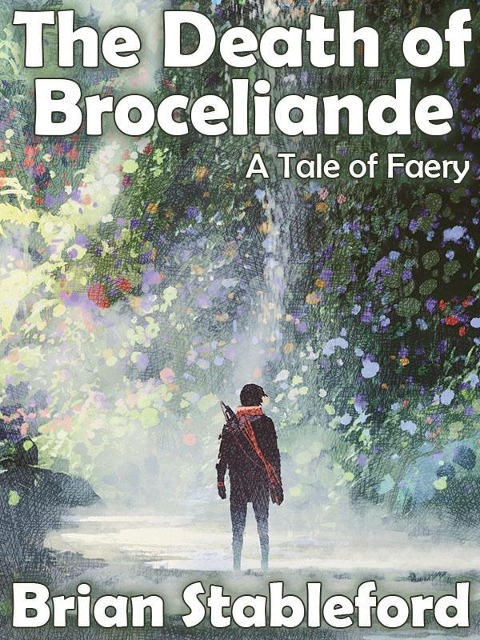 The Death of Broceliande: A Tale of Faery

Alastor, the son of an iron-master, has no inclination to follow his father's trade, preferring to work with wood. He and his musically-talented sister Catrianne leave the foundry to go and live in a town, where Alastor soon begins to specialize in making musical instruments. One day, while delivering an unusual musical instrument to a hamlet high in the mountains, he is thrown by his horse during a storm. Temporarily lame, he is forced to take refuge in a strange cabin in the forest, where the mysterious Melusine lived with her daughter Lucinia. When Alastor returns to the town, he takes Lucinia with him and marries her. They have two children, Handsel and Chanterelle. Everything goes well with the family until disaster strikes, leaving Catrianne in sole charge of the children, obliged to seek shelter first at the iron-master's foundry and then at the cabin in the mountains, where a great many surprises await them regarding their own identity and the peril overhanging the forest and the world of Faerie, which is under threat of extinction. Perhaps something can be saved, and if it can, the key to its salvation might lie, at least in part, in Catrianne's music, Handsel's uniqueness, and Chanterelle's dreams.