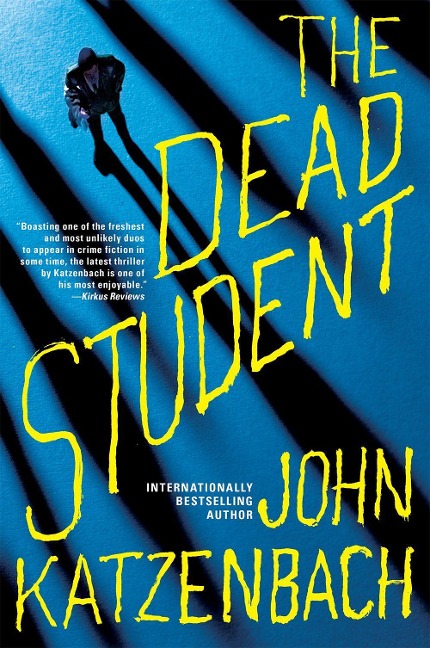 A master of the psychological thriller, bestselling author John Katzenbach is an unrivaled investigator of that most primal human motive-revenge. A tense, penetrating novel, The Dead Student follows a young man set on avenging his uncle, no matter the consequences.

Timothy Warner, a PhD student who goes by the nickname "Moth,” wakes up on his ninety-ninth day of sobriety with an intense craving for drink. He asks his uncle Ed, a former alcoholic and now successful psychiatrist, to meet him at an AA meeting later that day. When Ed doesn't show up, Moth bikes to his office and discovers a grisly scene-his uncle lying in a pool of blood, shot through the temple. The police pronounce the death a suicide, but Moth refuses to believe that his uncle would take his own life. Devastated and confused, he calls on the only person he thinks he can trust: Andrea Martine, an ex-girlfriend he has not spoken to in years.

Each battling their inner demons, Moth and Andy travel into dark, unfamiliar territory, intent on finding out the truth about Ed's death and circling ever closer to a devious mind that will flinch at nothing to achieve his own goal of revenge.
Gebunden 10/2015
(0) - Geben Sie die erste Bewertung ab
kostenloser Standardversand in DE gewöhnlich ca. 1-2 Wochen

John Katzenbach has written thirteen previous novels, including the New York Times bestseller The Traveler, Day of Reckoning, Just Cause, and What Comes Next. Katzenbach was a criminal court reporter for the Miami Herald and Miami News. He lives in western Massachusetts.