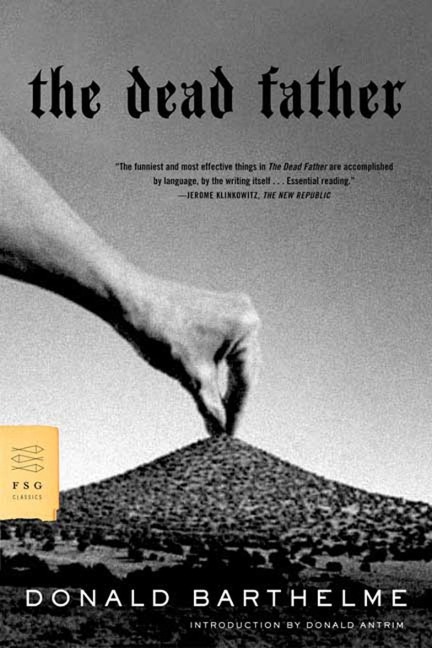 The Dead Father is a gargantuan half-dead, half-alive, part mechanical, wise, vain, powerful being who still has hopes for himself--even while he is being dragged by means of a cable toward a mysterious goal. In this extraordinary novel, marked by the imaginative use of language that influenced a generation of fiction writers, Donald Barthelme offered a glimpse into his fictional universe. As Donald Antrim writes in his introduction, "Reading The Dead Father, one has the sense that its author enjoys an almost complete artistic freedom . . . a permission to reshape, misrepresent, or even ignore the world as we find it . . . Laughing along with its author, we escape anxiety and feel alive."