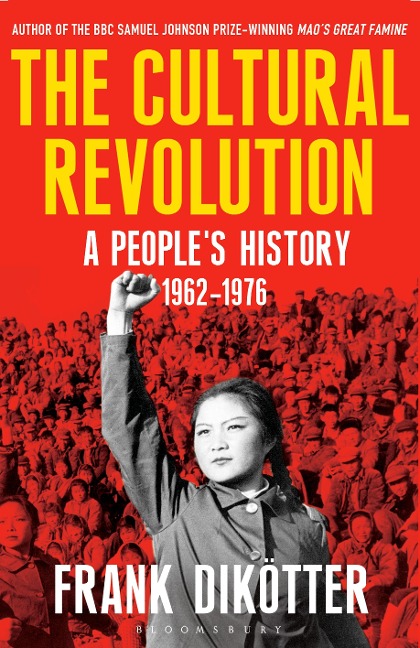 Acclaimed by the Daily Mail as 'definitive and harrowing' , this is the final volume of 'The People's Trilogy', begun by the Samuel Johnson prize-winning Mao's Great Famine.

After the economic disaster of the Great Leap Forward that claimed tens of millions of lives between 1958 and 1962, an ageing Mao launched an ambitious scheme to shore up his reputation and eliminate those he viewed as a threat to his legacy. The stated goal of the Cultural Revolution was to purge the country of bourgeois, capitalist elements he claimed were threatening genuine communist ideology. But the Chairman also used the Cultural Revolution to turn on his colleagues, some of them longstanding comrades-in-arms, subjecting them to public humiliation, imprisonment and torture.
Young students formed Red Guards, vowing to defend the Chairman to the death, but soon rival factions started fighting each other in the streets with semi-automatic weapons in the name of revolutionary purity. As the country descended into chaos, the military intervened, turning China into a garrison state marked by bloody purges that crushed as many as one in fifty people.
When the army itself fell victim to the Cultural Revolution, ordinary people used the political chaos to resurrect the marked and hollow out the party's ideology. In short, they buried Maoism. In-depth interviews and archival research at last give voice to the people and the complex choices they faced, undermining the picture of conformity that is often understood to have characterised the last years of Mao's regime. By demonstrating that decollectivisation from below was an unintended consequence of a decade of violent purges and entrenched fear, Frank Dikotter casts China's most tumultuous era in a wholly new light.
Written with unprecedented access to previously classified party documents from secret police reports to unexpurgated versions of leadership speeches, this third chapter in Frank Dikotter's extraordinarily lucid and ground-breaking 'People's Trilogy' is a devastating reassessment of the history of the People's Republic of China.

Frank Dikötter is Chair Professor of Humanities at the University of Hong Kong and Senior Fellow at the Hoover Institution. He has pioneered the use of archival sources and published a dozen books that have changed the way historians view China, from the classic The Discourse of Race in Modern China (1992) to his last book entitled The Cultural Revolution: A People's History, 1962-1976 (2016). His new book, Dictators and their Cult of Personality, is due for publication in September 2019. Frank Dikötter is married and lives in Hong Kong.

The Coddling of the American Mind