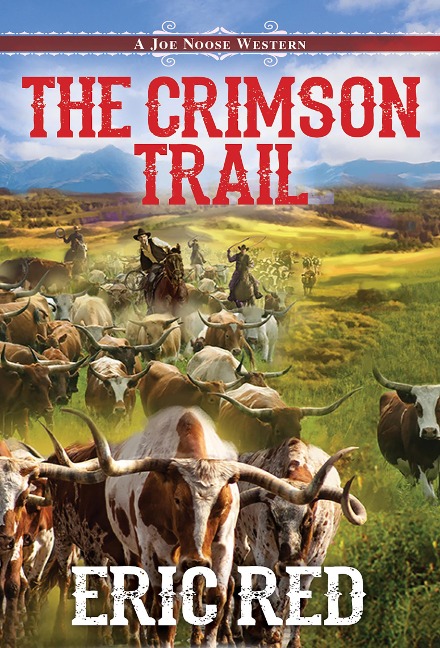 Joe Noose follows a trail of blood through the valley of death-in this bold Western series from Eric Red, acclaimed author of The Guns of Santa Sangre and The Wolves of El Diablo.

HUNT FOR THE CATTLE DRIVE KILLER

Joe Noose knows what fear looks like. He sees it in the eyes of his new friends-a dozen trail-hardened cattle men who don't scare easily. It's not the 500-mile trek across treacherous Montana territory that's got them spooked. It's not the 3,000 heads of cattle they've got to wrangle either. They're afraid that someone on this drive-one of their own team-is a serial killer. Five wranglers are already dead. Every man is a suspect. And the woman rancher in charge is paying Joe Noose to root out the evil on this cursed cattle drive-by riding alongside the killer . . .

"In the Old West, there are bad guys and even badder guys. But Eric Red's are the biggest baddest of all."
-Jack Ketchum, author of Off Season

"Bloody fights, desert vistas [and] a touch of romance make this a fast-paced adventure."
-Library Journal