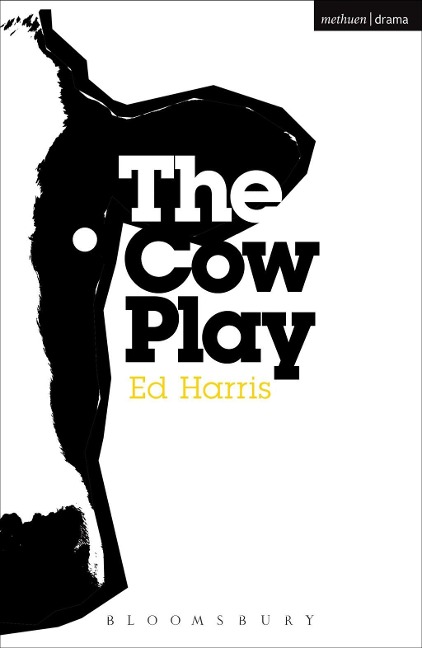 It's unusual, isn't it, for a girl to grow a tail at my age?

Owen can't seem to write, Thom's exhaust pipe is ruined, and Holly is turning into a cow. As the situation worsens Owen is forced to choose between his blunt and exciting friend Thom, or his love for the increasingly bovine Holly. Owen knows the effects Holly's transformation are having on him, but he is scared that if he gives up on the one he loves, he'll be no better than Thom - a man who is the epitome of opportunism and shallow self-interest.

The Cow Play is a hilarious, touching and bizarre story, an absurd black comedy about the ethics of trying to save those we love.

Ed Harris is an award-winning playwright and poet. His stage plays include Mongrel Island (Soho Theatre), Never Ever After (Chalkfoot Theatre Arts, shortlisted for the 2008 Meyer-Whitworth Award), Total (Brighton Festival Fringe) and The Cow Play (UK tour, Squaremoon/Farnham Maltings). For radio, Ed has written numerous critically acclaimed plays for BBC Radio 4 in recent years, and he won the 2011 Writers' Guild Award for his radio play Troll.