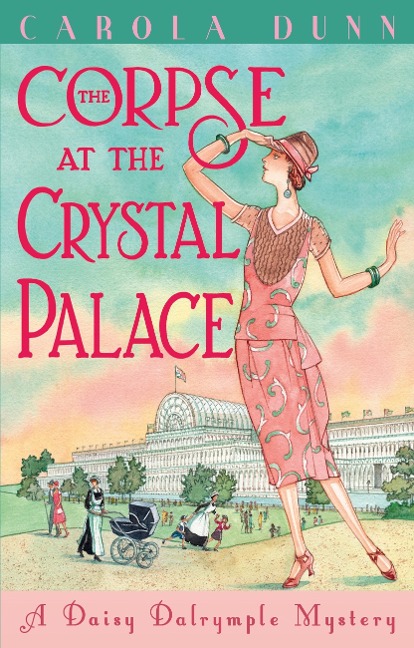 The Corpse at the Crystal Palace

A casual outing to London's Crystal Palace takes a mysterious and murderous turn . . .

April 1928: Daisy Dalrymple Fletcher is being visited in London by her young cousins who are desperate to see the Crystal Palace. On discovering that her children's nanny, Gilpin, has also never seen the palace, Daisy decides to make a day of it with the family. But this ordinary outing starts going wrong when Nanny Gilpin fails to return from the ladies' room. When Daisy goes looking for her, she doesn't find her nanny but instead the dead body of another woman dressed in a nanny's uniform.

Meanwhile, the rest of Daisy's party spot Gilpin chasing after yet another nanny. Intrigued, they trail the two into the park and stumble across Gilpin lying unconscious. When she comes to, she has no recollection of what happened.

Daisy's husband, Detective Chief Inspector Alec Fletcher of Scotland Yard, soon finds himself embroiled in the murder investigation. Worried about her children's own injured nanny, Daisy is determined to help. But first she has to discover the identity of the third nanny, the presumed murderer, and to do so, Daisy must uncover why Gilpin followed them in the first place . . .

Praise for the Daisy Dalrymple mysteries

'As always, Dunn evokes the life and times of 1920s England while providing a plot that is a cut above the average British cosy' Booklist