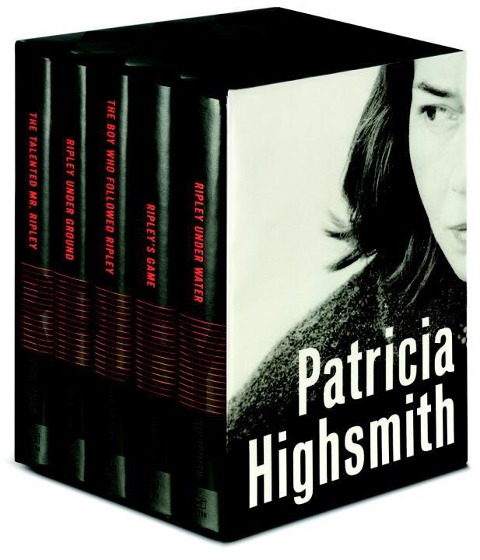 First published in 2008, The Complete Ripley Novels, brilliantly designed in a handsome slipcase, sold out its initial run. This collector's item, featuring all five classic Ripley novels-The Talented Mr. Ripley, Ripley Under Ground, Ripley's Game, The Boy Who Followed Ripley, and Ripley Under Water-returns with a new printing on the twentieth anniversary of Patricia Highsmith's death in 1995. The Highsmith literary renaissance, initially sparked by a 1999 film adaptation of The Talented Mr. Ripley-which introduced fans and new readers alike to the unforgettable Tom Ripley, the debonair confidence man with a talent for self-invention and murder-continues in full force with three major Highsmith movies in the offing as well as the republication of this volume, "the most sinister and strangely alluring quintet the crime fiction genre has ever produced" (Entertainment Weekly).

Patricia Highsmith (1921-1995) was the author of more than twenty novels, including Strangers on a Train, The Price of Salt, The Blunderer and The Talented Mr. Ripley, as well as numerous short stories.