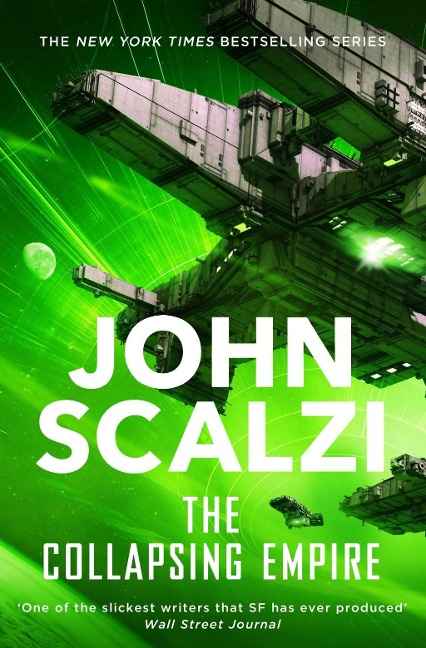 The Collapsing Empire is an exciting space opera from John Scalzi, the first in the award-winning Interdependency series.

Does the biggest threat lie within?

In the far future, humanity has left Earth to create a glorious empire. Now this interstellar network of worlds faces disaster - but can three individuals save their people?

The empire's outposts are utterly dependent on each other for resources, a safeguard against war, and a way its rulers can exert control. This relies on extra-dimensional pathways between the stars, connecting worlds. But 'The Flow' is changing course, which could plunge every colony into fatal isolation.

A scientist will risk his life to inform the empire's ruler. A scion of a Merchant House stumbles upon conspirators seeking power. And the new Empress of the Interdependency must battle lies, rebellion and treason. Yet as they work to save a civilization on the brink of collapse, others have very different plans . . .

Continue the space adventure trilogy with The Consuming Fire.

The Shelters of Stone