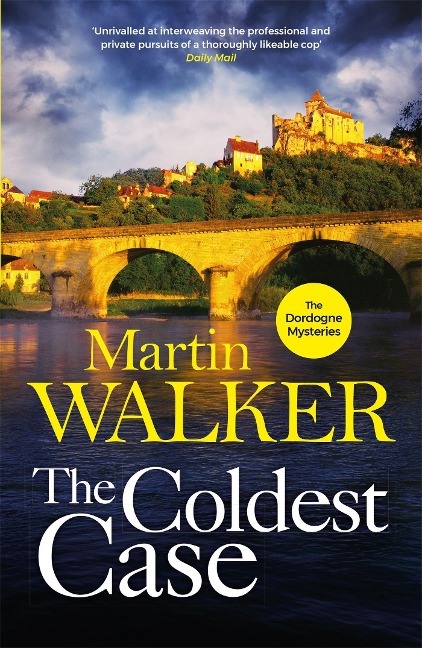 Capturing the magic of the Dordogne and its people, the Dordogne Mysteries are worldwide bestsellers. Featuring Bruno, France's favourite policeman, along with gourmet food and wine, local colour, sunshine and murder mystery, it's easy to see why they are so popular.

Bruno Courreges is Chief of Police of the lovely town of St Denis in the Dordogne. His main wish is to keep the local people safe and his town free from crime. But crime has a way of finding its way to him.

For thirty years, Bruno's boss, Chief of Detectives Jalipeau, known as J-J, has been obsessed with his first case. It was never solved and Bruno knows that this failure continues to haunt J-J. A young male body was found in the woods near St Denis and never identified. For all these years, J-J has kept the skull as a reminder. He calls him 'Oscar'.

Visiting the famous pre-historic museum in Les Eyzies, Bruno sees some amazingly life-like heads expertly reconstructed from ancient skulls. He suggest performing a similar reconstruction on Oscar as a first step towards at last identifying him. An expert is hired to start the reconstruction and the search for Oscar's killer begins again in earnest.

It’s been thirty years that Bruno’s boss J.-J. has been haunting the murderer of an unknown man found in the forest. This cold case seems unsolvable, nobody missed someone and no item which could help to identify him was ever found. Yet, as technology advances, so do the police’s possibilities. By the help of an expert in face reconstruction, they try to remodel his looks, at the same time, quite unexpectedly, another DNA search shows a hit. While J.-J. is happy that his longest case might come to a close, the lovely Périgord region is threatened by fires. While the inhabitants fear the worst, this comes on a very political level with J.-.J.’s cold case: the murderer he has been looking for might be linked to even more serious crimes and thus, national security is suddenly threatened.

With Martin Walker’s series about Bruno Courrèges, you always know what you will get: it is not simply a cosy crime novel located in a beautiful region which finds its deserved place in the book by providing a lot of good food and impressive nature, but also a case which starts out as a minor incident and suddenly develops into something totally unexpected. These by now well-known ingredients also make the 14th instalment an enjoyable holiday read.

What I found most fascinating in this novel were the technical explanations of how you can infer from a skull how the person has looked like. This technique might be useful not just for artistic and museological purposes but also as shown for investigative aims. It is also a clear signal that no deed is unsolvable and that with modern technology, the perfect crime might not be that perfect anymore.

As a German, I was aware of the Rosenholz papers which surprisingly come up in the novel. Surely a rather deplorable part of our history but still offering a lot of food for speculation even today. So again, nothing from the past is ever really over.

All in all, a pleasant cosy crime novel which makes you feel like on holiday and enjoy the atmosphere of France’s countryside.

Martin Walker is a prize-winning journalist and the author of several acclaimed works of non-fiction, including The Cold War: A History. He lives in the Dordogne and Washington, DC.