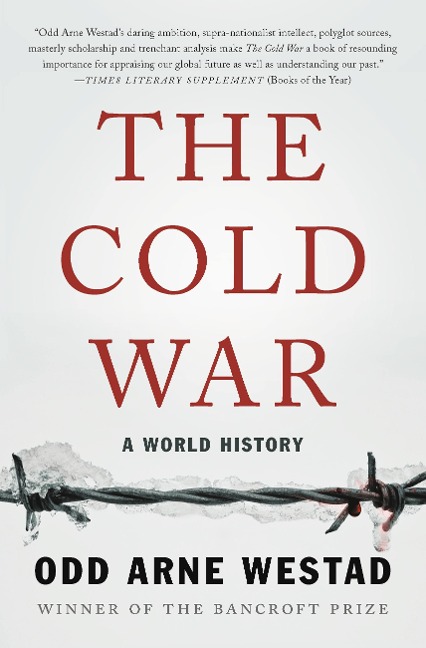 We tend to think of the Cold War as a bounded conflict: a clash of two superpowers, the United States and the Soviet Union, born out of the ashes of World War II and coming to a dramatic end with the collapse of the Soviet Union. But in this major new work, Bancroft Prize-winning scholar Odd Arne Westad argues that the Cold War must be understood as a global ideological confrontation, with early roots in the Industrial Revolution and ongoing repercussions around the world.

In The Cold War, Westad offers a new perspective on a century when great power rivalry and ideological battle transformed every corner of our globe. From Soweto to Hollywood, Hanoi, and Hamburg, young men and women felt they were fighting for the future of the world. The Cold War may have begun on the perimeters of Europe, but it had its deepest reverberations in Asia, Africa, and the Middle East, where nearly every community had to choose sides. And these choices continue to define economies and regimes across the world.

Today, many regions are plagued with environmental threats, social divides, and ethnic conflicts that stem from this era. Its ideologies influence China, Russia, and the United States; Iraq and Afghanistan have been destroyed by the faith in purely military solutions that emerged from the Cold War.

Stunning in its breadth and revelatory in its perspective, this book expands our understanding of the Cold War both geographically and chronologically, and offers an engaging new history of how today's world was created.

Odd Arne Westad is the S. T. Lee professor of US-Asia relations at Harvard University and author and editor of eleven books, including The Global Cold War, recipient of the Bancroft Prize, and Restless Empire, recipient of the Asia Society book award. He lives in Cambridge, Massachusetts.