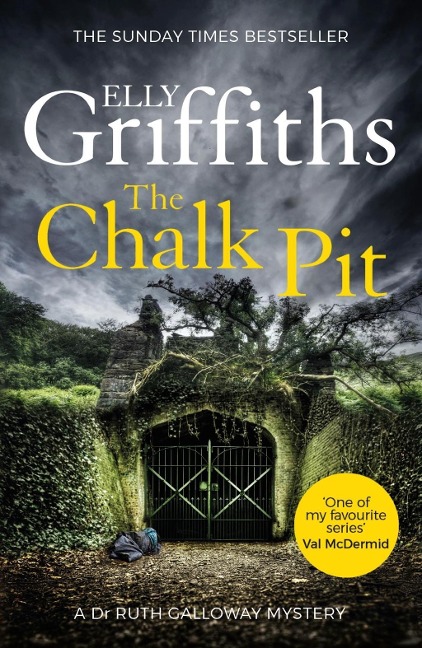 Boiled human bones have been found in Norwich's web of underground tunnels. When Dr Ruth Galloway discovers they were recently buried, DCI Nelson has a murder inquiry on his hands. The boiling might have been just a medieval curiosity - now it suggests a much more sinister purpose.

Meanwhile, DS Judy Johnson is investigating the disappearance of a local rough sleeper. The only trace of her is the rumour that she's gone 'underground'. This might be a figure of speech, but with the discovery of the bones and the rumours both Ruth and the police have heard that the network of old chalk-mining tunnels under Norwich is home to a vast community of rough sleepers, the clues point in only one direction. Local academic Martin Kellerman knows all about the tunnels and their history - but can his assertions of cannibalism and ritual killing possibly be true?

As the weather gets hotter, tensions rise. A local woman goes missing and the police are under attack. Ruth and Nelson must unravel the dark secrets of The Underground and discover just what gruesome secrets lurk at its heart - before it claims another victim.

Death of a Dreamer

Death of an Addict

Death of a Hussy

Death of a Prankster

Death of a Scriptwriter

Death of a Snob

Death of a Celebrity

Death of a Travelling Man

Death of a Charming Man

Death of a Dentist