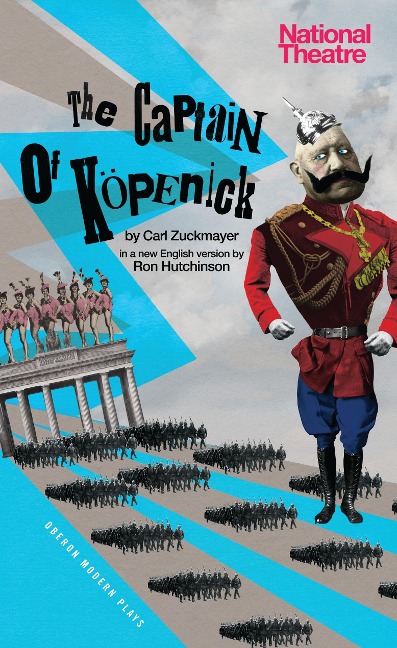 The Captain of Köpenick

Released after fifteen years in prison, trapped in a bureaucratic maze, petty criminal Wilhelm Voight wanders 1910 Berlin in desperate, hazardous pursuit of identity papers. Luck changes when he picks up an abandoned military uniform in a fancy-dress shop and finds the city ready to obey his every command. At the head of six soldiers, he marches to the Mayor's office, cites corruption and confiscates the treasury with ease. But still what he craves is official recognition that he exists.

A nation heads blindly towards war as the misfit takes on the state in Ron Hutchinson's savagely funny new version of Carl Zuckmayer's The Captain of Köpenick, first staged in Germany in 1931.

Born in 1896, Carl Zuckmayer was an award-winning German author and playwright. A serving soldier during WWI, his plays were later banned by the Nazi party. Zuckmayer and his family fled to the US in 1939, where he continued to write. He moved to Switzerland in 1958 and lived there until his death in 1977.

Ron Hutchinson has written extensively for the stage, film and television. His theatre work includes Rat in the Skull and Burning Issues.