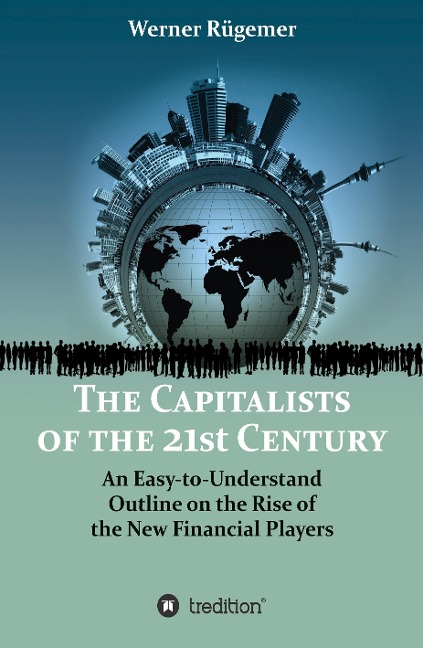 The Capitalists of the 21st Century

For the first time Ruegemer presents a typology of the new financial players who became dominant since the deregulation and the last financial crisis. Large capital organizers, private equity funds, hedgefonds, venture capital investors and private investment banks became much more influential as the traditional banks. These new financial players organize worldwide selling, buying and restructuring banks, companies and public enterprises. They exercise no responsibility against the national economic situation. Influencing governments and international financial institutions they lower the labour incomes and increase the part of private gains, also by using financial havens. They act in collaboration with law firms, rating and PR agencies, management consultants, chartered accountants and central banks.
Ruegemer outlines the relations between the European Union and the USA concerning transatlantic capital, military and secret service interlocking and the open also as the latent conflicts.
The book shows also the other way of capitalism under state directory in the People's Republic of China: How the imported capitalism from the USA, Japan, Taiwan and western Europe is in the process of transformation. So the incomes of all classes and also especially the labour incomes are continually rising. China is shown with his alternative way of globalisation which is not accompanied by military expansion.
Finally the book asks about the way of the human society if it follows the international law of the UNO and the human rights including social and labour rights.