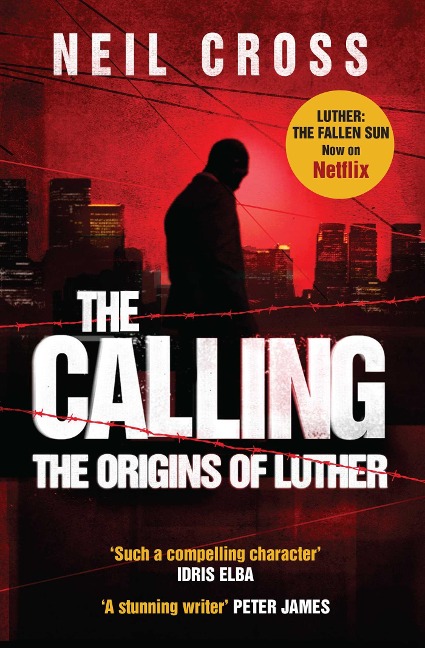 'Neil Cross, the creator of the series, is a seasoned novelist and it shows - the writing is economical, taut and evocative. This is, quite literally, bloody brilliant' Metro

DCI John Luther has an extraordinary clearance rate. He commands outstanding loyalty from friends and colleagues. Nobody who ever stood at his side has a bad word to say about him. And yet there are rumours that DCI Luther is bad - not corrupt, not on the take, but tormented. Luther seethes with a hidden fury that at times he can barely control. Sometimes it sends him to the brink of madness, making him do things he shouldn't; things way beyond the limits of the law.

The Calling, the first in a new series of novels featuring DCI John Luther, takes us into Luther's past and into his mind. It is the story of the case that tore his personal and professional relationships apart and propelled him over the precipice.

Beyond fury, beyond vengeance. All the way to murder…

Praise for The Calling:

'Cross delivers a brooding piece of back-story for fans of the character inhabited by Idris Elba on screen. However, if you're not already a DCI Luther convert, it also serves as a good jumping off point into his tortured world' Shortlist, top 20 crime novels of the year

'Unsettling, lyrical... Cross has always dealt in darkness and been so adept at conjuring bogeymen from the catacombs of mythology that you start to see them everywhere' Guardian

'This story shares the editing technique and visual power of the screen version… Unapologetic, brutal and stunning - in the very real sense of that word... Cross is an amazing writer, capable of lyricism and pathos as well as some of the most traumatising scenes you're ever likely to experience in a mainstream crime novel' Eurocrime

'Luther, who is intelligent and almost freakishly intuitive, thus belongs not only to the Sherlock Holmes tradition but also to the newer crime-fiction model elaborated by Thomas Harris in his novels Red Dragon, The Silence of the Lambs and Hannibal' Terrence Raffety, New York Times