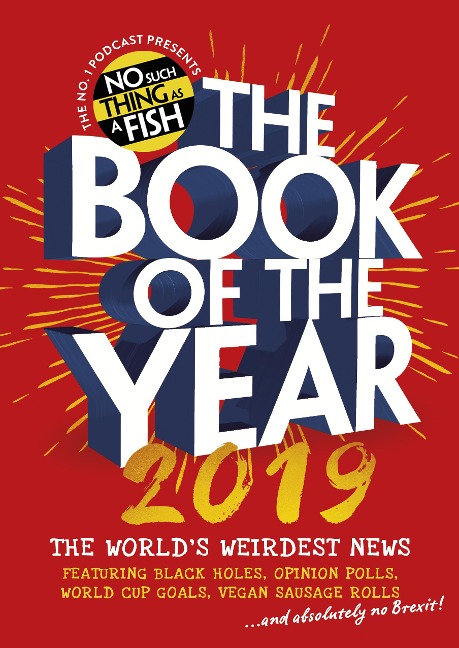 The Book of the Year is back, with yet another pro-rogues gallery of the most amazing, audacious and absolutely absurd news of 2019.

Once again the fact-finding foursome behind the podcast No Such Thing As A Fish have been newspaper-trawling and website-crawling to create your ultimate guide to the past twelve months.

Learn which of Donald Trump's claims are so bizarre they can't even be fact-checked. Find out why every single French MP received camembert in the post. And get to the bottom of all the improvements made to the Ford company's robotic bum. All this and much, much more, including the news that:

· Two tourists planning to visit the Norwegian village of Å, ended up 1,310km away, in Aa.
· Five guys were arrested at a branch of Five Guys.
· Hollyoaks was partly written by the British government.
· The US town of Hell froze over.

From Assange to Zuckerberg, taking in Cardi B, CCTV, D-Day, and eSports, The Book of the Year is the only book you need to make senseof the year, no matter how senseless it might have seemed.

No Such Thing as a Fish