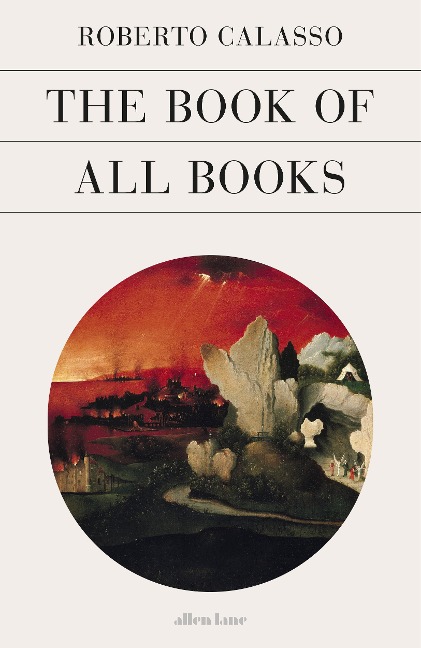 The Book of All Books

A splendid reimagining of key stories from the Bible, by the author of The Marriage of Cadmus and Harmony.

A man named Saul is sent to search for some lost donkeys and on the way is named king of his people. The queen of a remote African realm travels for three years with her multitudinous retinue to meet the king of Jerusalem and pose him a few riddles. A man named Abraham hears a divine voice speaking words that reverberate throughout the Bible: 'Go away from your land, from your kindred and from the house of your father toward the land that I will show you'.

In The Book of All Books, Roberto Calasso weaves together stories of promise and separation from one of the founding texts of Western civilisation. These tales of grace and guilt, of the chosen and the damned, cast many Biblical figures and indeed the whole book in a light as astonishing as it is disquieting.

The Book of All Books is part of a larger work which began with The Ruin of Kasch (1983) and includes The Marriage of Cadmus and Harmony, Ka, and The Celestial Hunter.