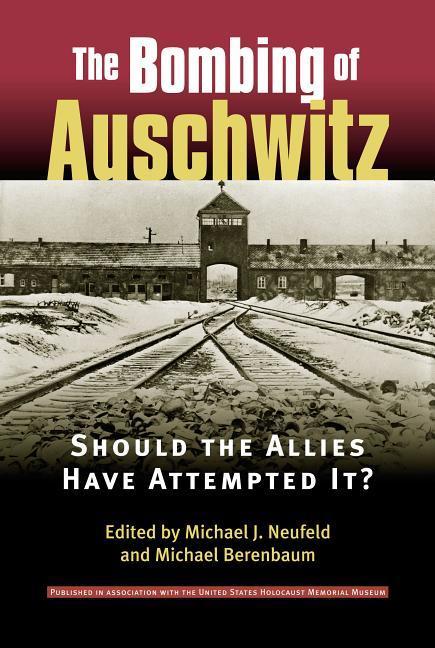 The Bombing of Auschwitz: Should the Allies Have Attempted It?

Did we "know" the gas chambers were there? Could we have destroyed them? Why didn't we bomb? For decades, debate has raged over whether the Allies should have bombed the gas chambers at Auschwitz and the rail-roads leading to the camp thereby saving thousands of lives and disrupting Nazi efforts to exterminate European Jews. Was it truly feasible to do so? Did failure to do so simply reflect a callous indifference to the plight of the Jews or was it a realistic assessment of a plan that could not succeed? In this volume, a number of eminent historians address and debate those very questions. Published in association with the United States Holocaust Memorial Museum, this is the first paperback edition of a book that has been widely hailed by critics and cited by "Kirkus Reviews as "the definitive resource for understanding this deeply troubling episode in the twentieth century's greatest horror." Prominent scholars such as Sir Martin Gilbert, Walter Laqueur, Michael Berenbaum, Gerhard Weinberg, and Williamson Murray offer a diverse array of mutually supporting and competing perspectives on the subject. In the process, they shed important light on how much knowledge of Auschwitz Allied intelligence actually had and on what measures the Allies might have taken to halt the killing. The books is also rich in documentary evidence--including the correspondence of Churchill, Roosevelt, Cordell Hull, Anthony Eden, and John McCloy--that reveals just how much these men knew about the situation and what they thought about its potential resolution. It also includes a selection of the most important documents and aerial reconnaissance photos from 1944 exploring the feasibility of an air strike.Ultimately, these contributions show that the dilemma over Auschwitz was far more complex than criticisms of inaction would suggest. "The Bombing of Auschwitz is an unusual volume that confronts life-and-death questions and addresses a matter of enduring interest for all readers