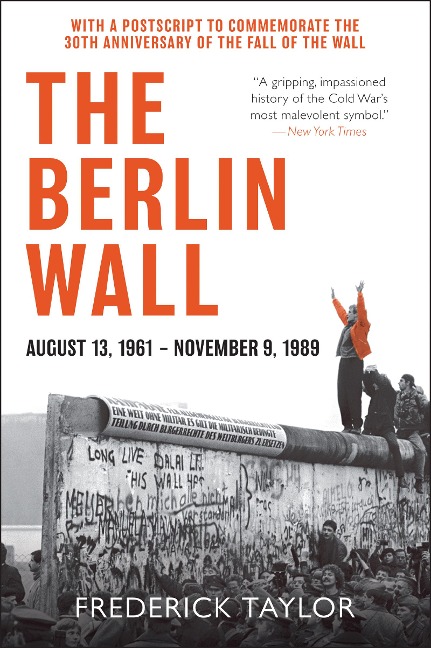 "This vivid account of the Wall and all that it meant reminds us that symbolism can be double-edged, as a potent emblem of isolation and repression became, in its destruction, an even more powerful totem of freedom.” — The Atlantic Monthly

On the morning of August 13, 1961, the residents of East Berlin found themselves cut off from family, friends, and jobs in the West by a tangle of barbed wire that ruthlessly split a city of four million in two. Within days the barbed-wire entanglement would undergo an extraordinary metamorphosis: it became an imposing 103-mile-long wall guarded by three hundred watchtowers. A physical manifestation of the struggle between Soviet Communism and American capitalism that stood for nearly thirty years, the Berlin Wall was the high-risk fault line between East and West on which rested the fate of all humanity.

In the definitive history on the subject, Frederick Taylor weaves together official history, archival materials, and personal accounts to tell the complete story of the Wall's rise and fall.

Frederick Taylor studied history and modern languages at Oxford University and Sussex University. A Volkswagen Studentship award enabled him to research and travel widely in both parts of divided Germany at the height of the Cold War. Taylor is the author of Dresden and has edited and translated a number of works from German, including The Goebbels Diaries, 1939-1941. He is married with three children and lives in Cornwall, England.