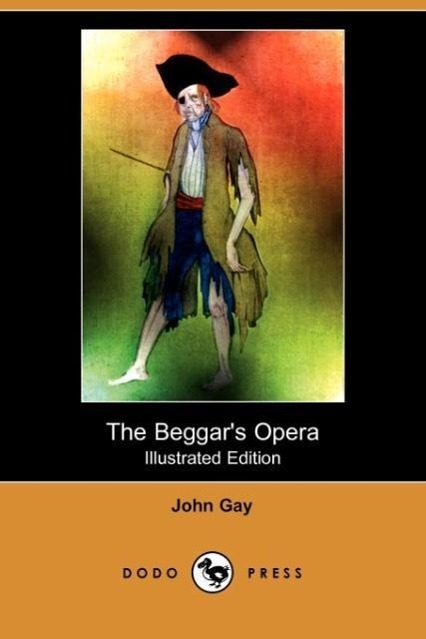 John Gay (1685-1732) was an English poet and dramatist. He is best remembered for The Beggar's Opera (1728), set to music by Johann Christoph Pepusch. The characters, including Captain Macheath and Polly Peachum, became household names. In 1715, probably with some help from Pope, he produced What d'ye Call it?, a dramatic skit on contemporary tragedy, with special reference to Thomas Otway's Venice Preserved. In 1716 appeared his Trivia; or, The Art of Walking the Streets of London, a poem in three books, for which he acknowledged having received several hints from Swift. In 1717 he produced the comedy, Three Hours After Marriage, which was grossly indecent without being amusing, and was a complete failure. Gay had numerous patrons, and in 1720 he published Poems on Several Occasions by subscription, taking in £1000 or more. In 1727 he wrote for Prince William, afterwards Duke of Cumberland, his famous Fifty-One Fables in Verse, for which he naturally hoped to gain some preferment, although he has much to say in them of the servility of courtiers and the vanity of court honours.