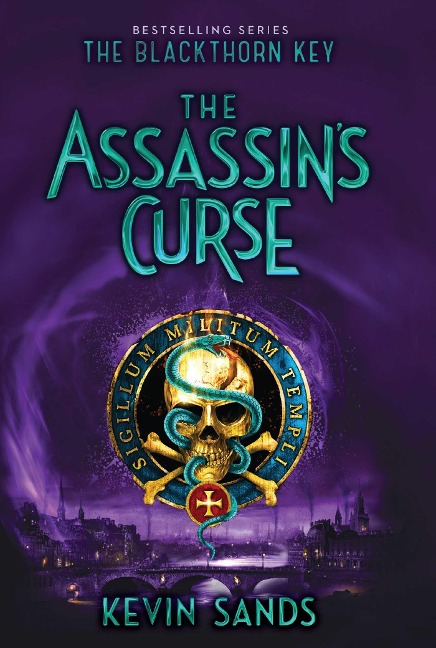 Christopher Rowe is back and there are more puzzles, riddles, and secrets to uncover in this third novel of the award-winning Blackthorn Key series.

Wherever Christopher Rowe goes, adventure?and murder?follows. Even a chance to meet King Charles ends in a brush with an assassin.

All that's recovered from the killer is a coded message with an ominous sign-off: more attempts are coming. So when Christopher's code-breaking discovers the attack's true target, he and his friends are ordered to Paris to investigate a centuries-old curse on the French throne. And when they learn an ancient treasure is promised to any assassin who succeeds, they realize the entire royal family is at stake?as well as their own lives.

In the third heart-pounding installment of the award-winning Blackthorn Key series, Christopher, Tom, and Sally face new codes, puzzles, and traps as they race to find the hidden treasure before someone else is murdered.

Since escaping from university with a pair of degrees in theoretical physics, Kevin Sands has worked as a researcher, a business consultant, and a teacher. He lives in Toronto, Canada. He is the author of the award-winning and bestselling Blackthorn Key series.

Wielding Nonviolence in the Midst of Violence

Boston Campus - Meant for You